Turning a Van into a Camera - The Vamera Project

Over the years I have owned a camera or two. Ok, more like 80 or more cameras! For along time I always seemed to be looking for the perfect camera. I often modify cameras and create cameras with lenses and pin hole cameras out of trash cans, buckets, boxes, paint cans, film canisters and what ever else I see fit to serve my purposes. The mood of the image, the patina, that's what drives these crazy quests.

When I first got into large format the goal was detail but then I started to learn the history behind photography. This meant learning each major process and the hurdles the early masters had to over come especially when it comes to BIG! I love BIG. Big allows you step into the image to explore the image! what defines big in this sense of the word? Turning your head to see the rest of the image! However when it comes to large format, big is expensive! A good 4x5 will cost you $900 with a lens or two, an 8x10 with a good lens $1500 and an 11x14 $4000. So my thought (being low on funds) was to make a box camera on casters but what if you could get in it to change the film? Owning an art gallery, I need a cargo van so then everything fell into place.

I got the white windowless van which in the beginning was known as: the rape van, rapist van, molester van, abduction van, fuck truck, stabin cabin and my favorite, room with a view. So we gave it a funky paint job, some carpet, black out curtains, red lights and now it's a rolling dark room or brothel... I then added two pin holes in the sides. On the passenger side an f324 pinhole for media 24 inches and smaller. The drivers side is graced with an f928 pinhole that can create a 4 foot by ten foot image with exposure times in the hours. The next step were the lenses. I needed a huge image circle but on a tight budget so I found a large Fuji 305mm f5 aerial lens with an image circle was 24 inches. I mounted this lens on the side of the van. This led to a three week quest and I found a Berthelot 520mm f6.3 aerial lens on craigslist of all places. This lens dates back to WWII and was probably mounted on the bottom of a British Spitfire with a solid brass casing with no coatings. The next step was to figure out where to mount it. 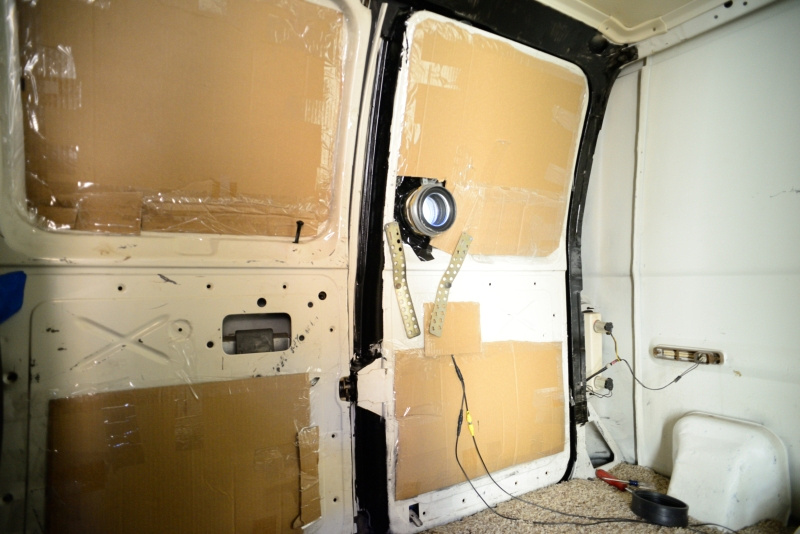 The cardboard and tape black out any light leaks. 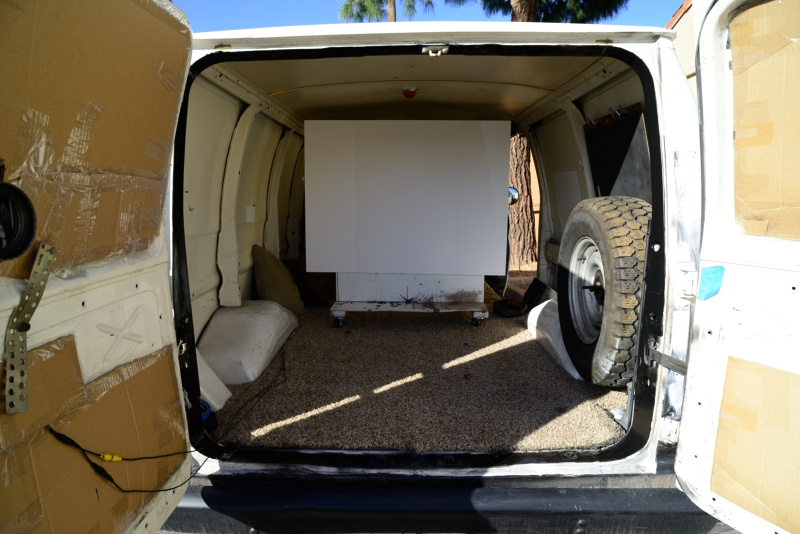 This is what it looks like inside the van when focusing. The image circle at infinity is 28 inches but portraits are considered macro photography with this camera and the image circle is now 70 inches with a beautifully shallow depth of field wide open. To help aim the camera, a video camera was installed just above then lens with a monitor on the dash.

Most of the media at this size is slow with speeds from iso 0 to iso 10 but sometimes I happen across large film so a curtain shutter from an old Graphlex Speed Graphic 4x5 fits over the lens nicely and offers some common speeds up to 500th of a second. 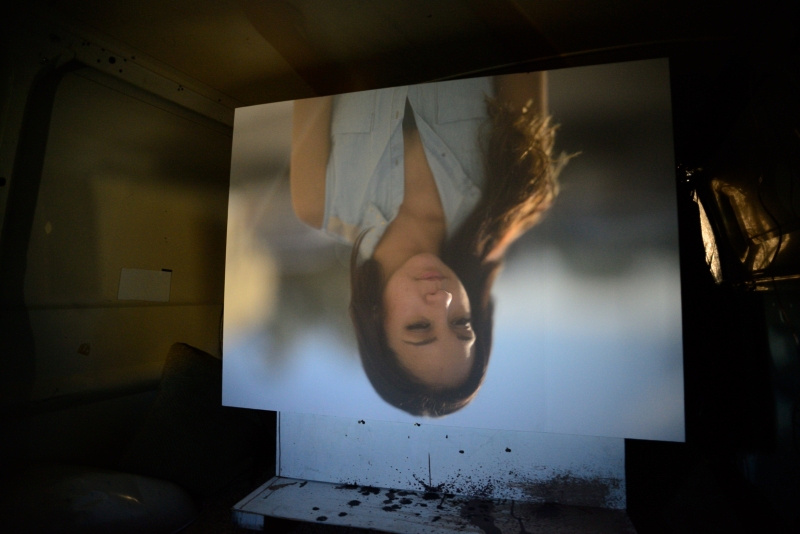 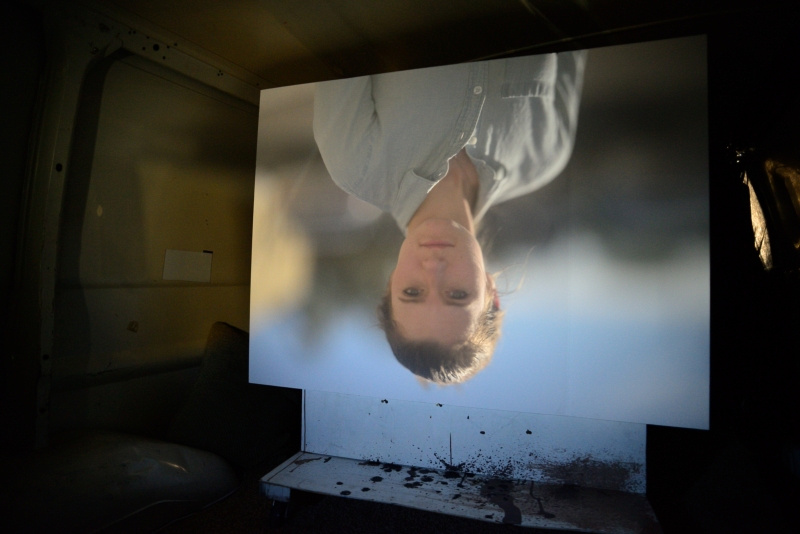 This is one of the first images shot with the Vamera on Harman Positive fb paper.

So far I've had excellent results with Harman FB positive paper, wet plate collodion on both glass and metal and ortho litho film. I would really like Harman to be sponsor.... Hint hint.. 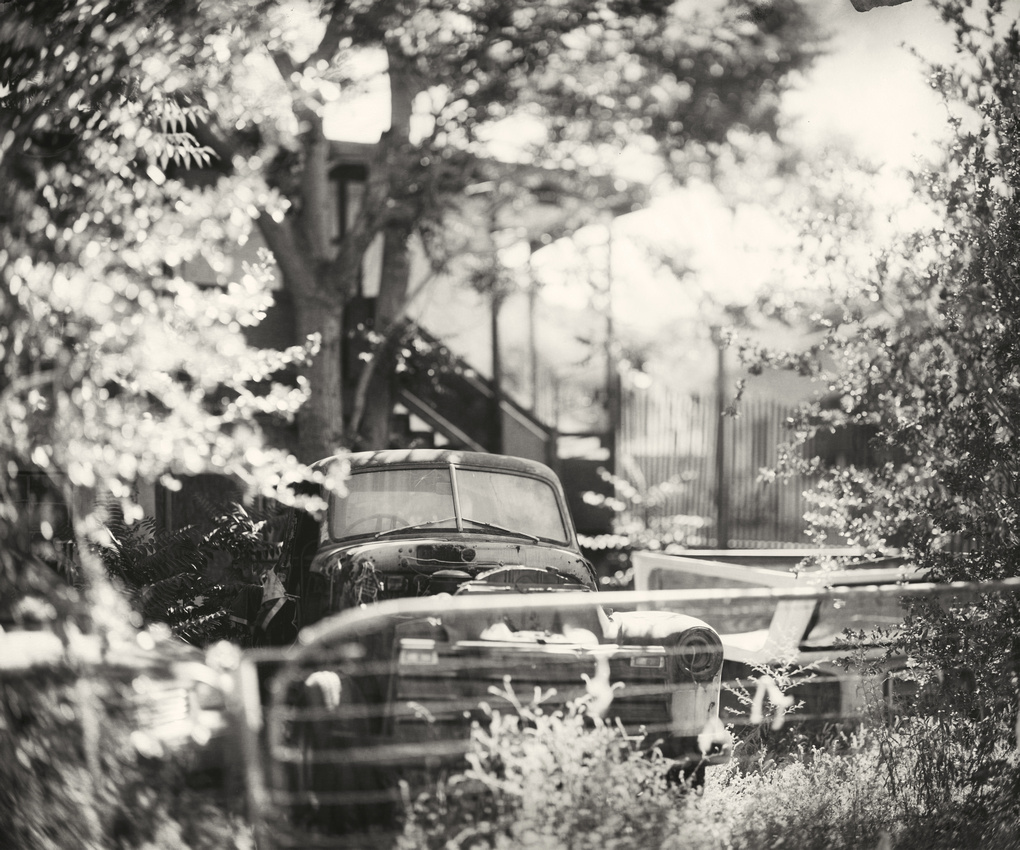 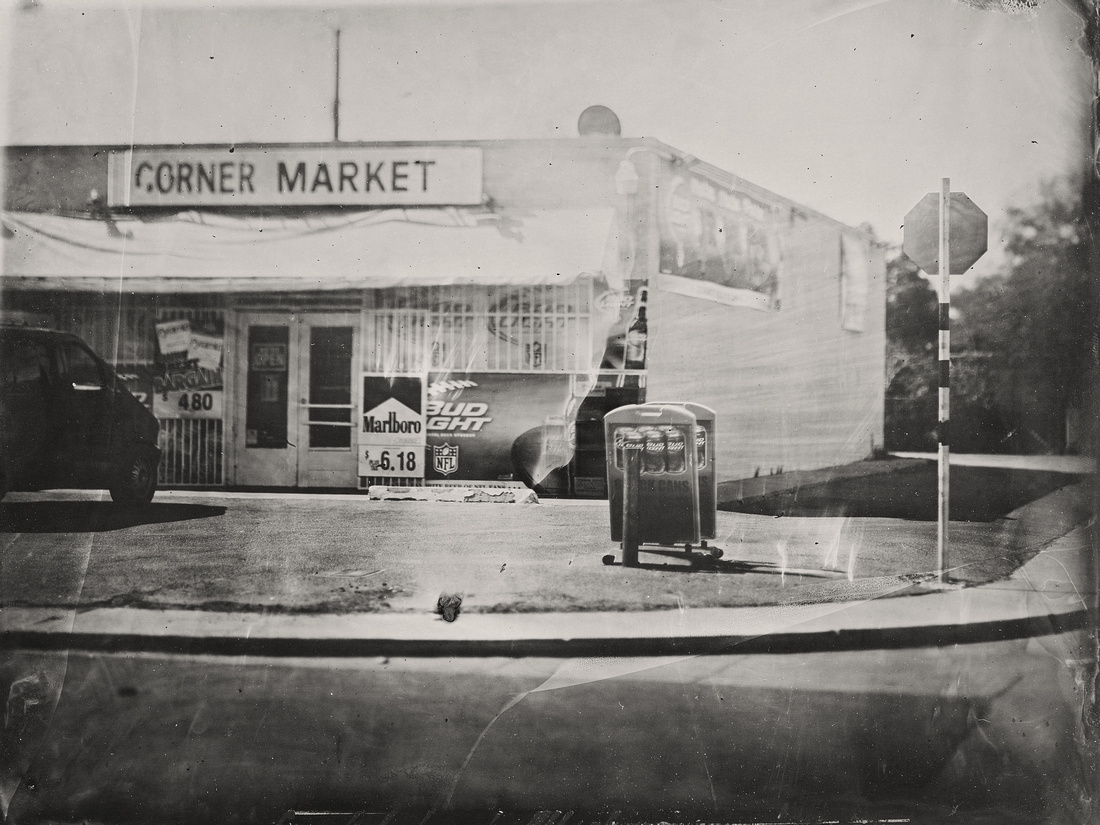 This is the first wetplate image I have shot with the Vamera of a corner store close to my house.

There are lots more images coming over the next few weeks so stay tuned. BTW this camera gets 19 mpg....

Sapkal Kalpesh(non-registered)
<a href="https://www.imagescutout.com">Hi, Very good article on The Vamera Project,
Thanks for sharing, keep up the good work.</a>
Brett Simpson(non-registered)
The Vamera project reminds me of the episode of The Bloodhound Gang - The Case of the Thing in the Trunk.